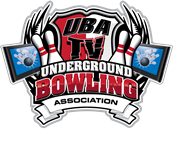 Welcome to the Underground Bowling Association.


The urban bowling company that promotes fun; competitive; in your face bowling entertainment.

Is The UBA a Bowling League?

No. The UBA is far from a bowling league. We are a Non-Profit Sports Association that focuses on Bowling Entertainment. Each of our bowlers belong to a UBA Franchise and these Franchises compete against each other in specially designed team based matches and events.

How do I join?

As a house (bowling center), captain, or team member there are 2 types of UBA bowlers, independent and team members. Independent UBA members can participate in tournaments but are NOT on any designated UBA team roster. They are assigned to a UBA Independent Team. These bowlers pay a yearly dues fee to be a part of the association. Once an independent bowler satisfies those requirements, they may go on the UBA website and sign up. Team members have a name, roster, team jersey and most times a home house.


Immediately if not sooner. If you are just visiting, you can say that. If you hook up with a team and get on their roster, you can always update your profile.

Send Checks or Money Orders to...


How do I create a logo and get team colors?


Having trouble coming up with a logo for your Bowling Team? Give us the idea and we will have one of our Graphic Design Associates create something for you. Email us at jerseys@undergroundbowling.com  with the following information: Team Name, Team Colors, Team Mascot (if applicable), Phrase, Slogan or City/State to be included (if applicable) and any other logo instructions. (PAYMENT MUST BE MADE BEFORE LOGO IS CREATED)


Who comes up with the team names and nicknames on the jerseys?

You do! Once you’re on a team, that name logo & color is on your chest. The nickname on the back may be your last name or whatever nickname or alter ego character you come up with. It’s yours, so think it over before ordering.


Why did you mention jerseys before team?


Because, you’re not official UBA without the jersey. You can’t compete in official matches without wearing your UBA jersey. Even independent bowlers competing in singles tournaments have to wear their independent UBA jersey. You WILL be removed from the lanes without it on. If 2 people on the same team want to have the same theoretical name, one of them will have to spell it differently.

Teams are usually formed by recruitment. Asking bowlers to join the team is the preferred method. Once you get one member, keep recruiting. Bowlers tend to know other bowlers. They may come from the same bowling center, or the same bowling league, you see them at various tournaments.


How many bowlers do I need to start a team?


Nine (But we highly suggest that you have at least 15 people.)

How should I set my team up?


UBA rosters can be as small as the required 9 bowlers for a Season match, or you can have as many as 100 if you like.


Am I allowed to have regional tour pros, or active PBA members on my team?

Sure, if you have their permission and they want to be a part of the UBA. Just know they are subject to the same conditions as a non-touring pro UBA member.

Are there non-official matches?


Sure, if you want to challenge another team at anytime with action on it, it’s called a “call-out match”. Have fun.


Is there any other type of UBA competition besides tournaments and events?

Without question! Currently we are running our Regional Tours that run from September to June. These are team based tours where official UBA Teams compete against each other every week. At the end of the Tour a very large prize fund is divided amongst the winning teams.

We also have our singles ranking matches, team ranking matches and our World Championship Series. This is where UBA bowlers have the opportunity to compete in singles matches against some of the top bowlers in the UBA. In order to reach the top of the list and achieve the prizes, awards and accolades that come with wearing a UBA Championship Belt a bowler must climb the ranks.

How many official UBA tournaments are there?


Battle Bowl and Mega Bowl are like the Super Bowl, Wrestlemania, World Series, World Cup of the UBA.


These are just some of the specialized UBA events that we run throughout the year.


Can my team compete in any and all of the UBA premiere events?

Absolutely! As long as your team franchise fee has been paid, you have an official roster on file, everyone participating has their own UBA jersey, you are more than welcome. Once you have a region or district formed, you’ll have these tournaments/events in your region/district and any UBA team anywhere can participate in them as well.


Do we have to film the matches?


No, but it’s highly suggested. Show the pride in your team, your region and your district. All UBA players want to see how the other teams represent themselves on video.


Who supplies the cameras?

You do. As long as it’s digital, have fun! The more production quality, the better it makes you look. We also visit each and every area with our film crew throughout the season. We love to stop into new UBA areas so we can see what the flavor is like and who is making the most noise in your District J


I know this is a highly competitive organization where trash talking is a huge part of it. Why do the bowlers in some of the pictures look friendly with each other?


Each team is its own unit comprised of their ideals, skills, or, they just like each other. When matches are on and, even before, or after, they may trash talk each other to no end. Not bullying, but good natured ribbing. You’ll see them eat, drink or hang out together afterwards because no matter where you are in the world, UBA bowlers are a family to each other, not just their teammates. It’s the lifestyle brand!


What is my financial commitment for starting a UBA Team/Franchise?

To form/create an official UBA Team/Franchise you are going to need a minimum of $700.00. This $700.00 covers the creation of your official UBA team logo, your $125.00 processing fee. And your first 10 jerseys. There is also yearly $350.00 franchise/association fee that is due at the beginning of the season.

Or Register through our App!

See you on the Lanes!